I was raised in the township of Pudsey, in West Yorkshire, a place once notorious for being a fetid swamp so bad that "t'ducks flew back'ards to keep t'mud out'n their eyes." A place so bad in fact that the scallywags of nearby Leeds used to send unwary travellers to us to visit our famous treacle mines. Yes, really! Beneath the swampy surface was a natural reserve of premium grade treacle - not golden syrup mind you, the proper dark stuff! Today, of course, the swamps are dried up, and the last barrel of treacle was hauled to the surface many moons ago. Now our ducks fly forwards and we buy imported treacle, mined in Latvia, from the supermarket just like everyone else. And yes there is a connection to the infamous B.G.T. dog, which, I beleive, was named after the Children in Need mascot, which in turn was named after the Town (it's creator, Joanna Lane, being born here).

I was educated (to some extent) at Pudsey Crawshaw Secondary Modern School (now Crawshaw Academy) and Park Lane college in Leeds. I now consider myself to be semi-retired, however, having given up the rat race for two or three days a week as a team assistant with NHSBT (NHS Blood and Transplant) - mopping up blood spills, packing blood bags, cleaning tools, COVID triage, donor aftercare, and pretty much anything non-clinical in supporting the team - and from which I derive far more job satisfaction than anything I've done previously. In the examinations season I also invigilate for Dixons City Academy in Bradford and the Open University. The other days now left spare I spend researching and writing my series of "Season Scrapbook" and "F.A. Cup Scrapbook" football histories.

All Books Available on Amazon Bookstore 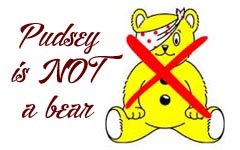 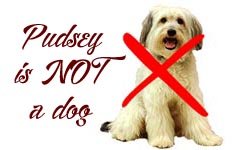 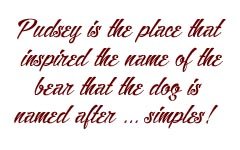 Pudsey is a township in the parish of Calverley, diocese of Ripon, archdeaconry of Craven, rural deanery of Bradford, and, since 1974, the Metropolitan Borough of Leeds. Pudsey town centre sits approximately equi-distant between the City centres of it's larger neighbours, Leeds and Bradford, in West Yorkshire (formerly in the West Riding). A historic market town, it has grown to eclipse in size and importance it's historic mother town of Calverley.

The history of Pudsey reveals virtually nothing of any great antiquity apart from a few shards of ancient British pottery and a few Roman coins (including one trove of over one hundred silver pieces found in 1775). But these are testament only to passing travellers, as there is no evidence of any permanent settlement consistent with any of those finds. Furthermore, Pudsey boasts no Druidical monuments, no ancient british fortifications or burial grounds, no Roman villas or even Roman Roads, and certainly nothing in the way of cave paintings or other pre-historic evidence of occupation.

Indeed, it was only our one time famous but now exhausted treacle mines that gave the town any significant positive notoriety.

The Treacle Mines of Pudsey 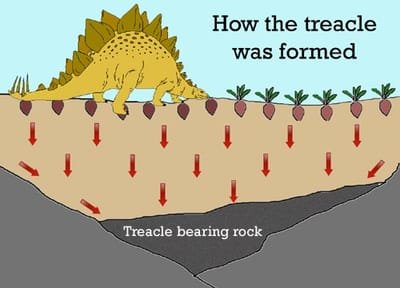 Treacle mining was once a great British industry. A look back through the newspapers reveals the presence of similar mines at Dunchideock in Devon (Devon Evening Express, 1888), Binsey in Oxfordshire (Oxford Times, 1904) and Hedgerley in Buckinghamshire (Uxbridge & W. Drayton Gazette, 1909), whilst the Dundee Courier in July 1863 contained a mention of a loch "between Dunkeld and Kirkmichael which had no stones in it and the waters of which were sweet, owing to there being a treacle mine at the bottom,"

Natural treacle is formed over millenia in much the same way as petroleum. The whole area where Pudsey now stands was once a 'savannah' of sugar beet. Grazing dinosaurs cropped off the exposed greenery of the plants leaving the sugar rich beets lying untouched below the ground. Centuries upon centuries of this occurence led to the ground becoming saturated with monosaccharides as the decaying beets released their simple natural sugars. These filtered down through the ground until they encountered a barrier of impervious rock, where they pooled, and over the centuries under heat from the Earth's core below and pressure from the weight of the ground bearing down from on top were transformed into pure raw treacle, which was then absorbed into layers of porous rock. These deposits were first discovered in the 11th century by a peasant digging a well, and within a few years of this event a flourishing mining industry had arisen in the district, shafts being dug and the prized "trock" (treacle-bearing rock) being hauled to the surface in leather buckets.

The trock was then thrown into large vats of boiling water and boiled for around an hour. The heat thinned the treacle and the water then seeped into the trock pushing the treacle out. After an hour, the spent trock was removed, fished out by nets, after which the remaining solution would continue to be boiled until all the remaining water was evaporated away and all that was left was pure treacle. The spent trock would then be happily taken away by the poorer villagers who would boil it again in their own smaller pots and pans to yeild a second, paler harvest of inferior golden syrup.

By the time of the Industrial Revolution, the treacle deposits were running low, and as in most other places, mechanisation soon led to their complete exhaustion. The treacle in Pudsey finally ran out about a hundred years ago. The mine shafts since then have collapsed or been filled in, and the surface treacle yards and silos built over so that virtually nothing remains of this once thriving industry.

All books available in brand new condition only from Amazon Bookstore.

I BUILT MY SITE FOR FREE USING